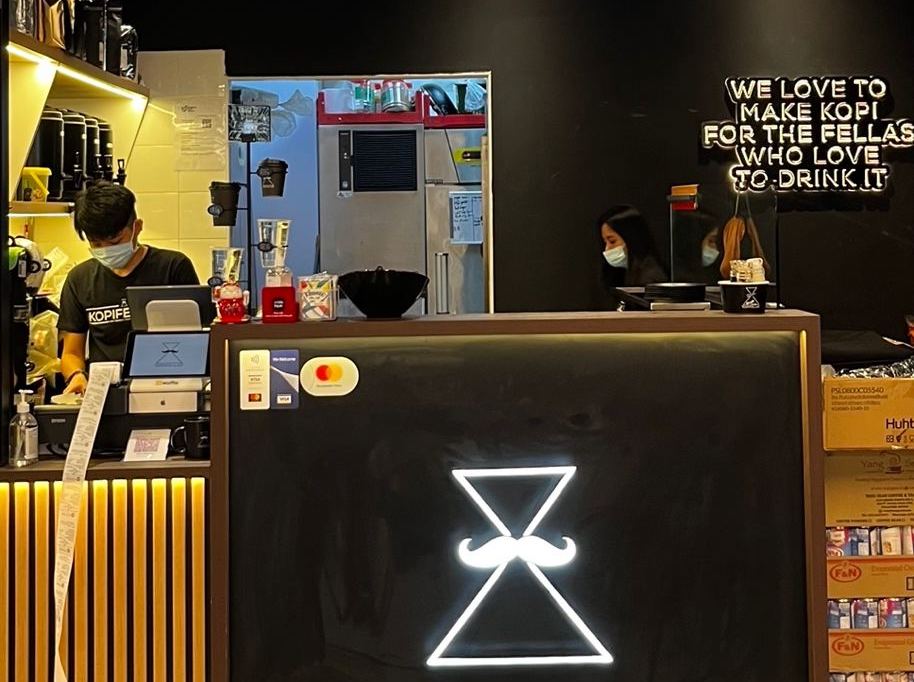 “In the F&B industry, speed is key, and having a reliable POS system even when the wi-fi is down is a must! Waffle provides this and is also customizable for my drinks and noodle stalls, and more! Thanks to them, we are able to manage all of these concepts easily.”
Terry Neo, CEO and Founder

A little something about Kopifellas

Company: Kopifellas is a modern coffee shop that serves traditional Nanyang coffee and other local delights

If you’ve been to Timbre + One North, you’ve probably come across Kopifellas – a drink stall with a modern and hip exterior serving traditional Nanyang coffee and other tea beverages. Its CEO and founder, Terry Neo, dreamt of a modern coffee shop — one that is trendy and caters to all coffee lovers, including the younger audience.

When Kopifellas started, the company aimed to preserve and promote the local food heritage. Now, they hope to share this love for Nanyang kopi with the world.  With the modern coffee shop concept being well received, Kopifellas has since opened 7 locations island-wide and 1 outlet overseas in New York City.

Before stumbling upon Waffle, Terry had tried a couple other POS systems and found them either costly or had poor customer service. When he met the Waffle team, he was touched by the passion they exhibited and wanted to support a local company, so he decided to give Waffle a try. Find out how Kopifellas’ workflow has improved ever since switching to Waffle! 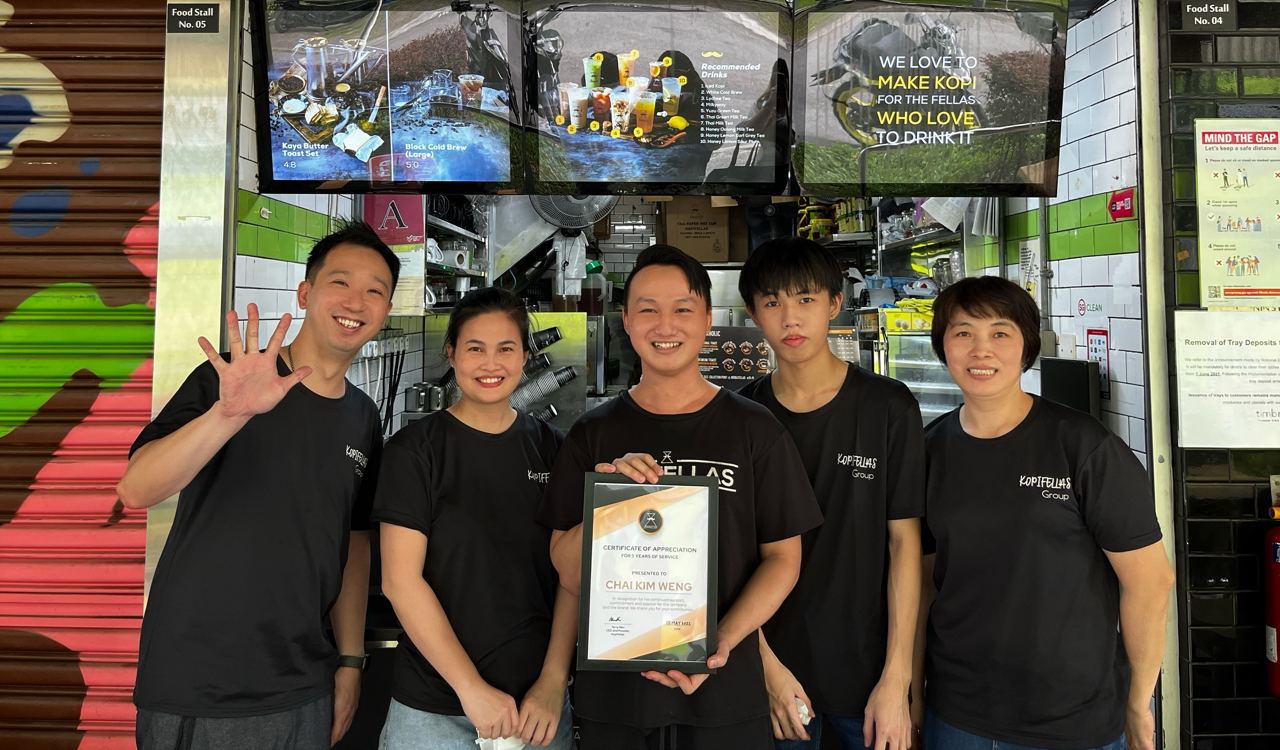 Prior to Waffle, Kopifellas adopted a POS machine that was using a different operating system.  Terry realised that it lagged a lot which impeded his cashiers’ efficiency when taking orders from their customers. Besides this, any last-minute modifications had to be updated by deleting the whole order item and keying it again in the system. As you might expect, it took more time than it should just to complete and send over a confirmed order to their kitchen.

Now, Waffle's speedy and reliable interface allows Terry and his staff to perform speedier checkouts for their customers. This has a lot to do with the iOS system Waffle is operating on as it functions a lot faster and is better at preventing lags. What’s more, the cashiers no longer need to delete and re-create an order when the customers have a change of mind. They simply need to click on the item that is affected and customize it by editing the modifiers accordingly. Talk about efficiency!

Evidently, Waffle works much faster and is more convenient to use when taking orders. Any staff at Kopifellas can definitely attest to that!

A feature that Terry really appreciated from Waffle is its ability to tag different prices for menu items to different locations. You can even pre-set the price you wish to change and have it taken into effect only by a certain date. And this can all be done remotely! Thanks to this, the management team no longer has to go down to the store’s location just to change the prices on the menu.

Aside from that, the menu offerings are also very customizable and easy to edit in the system. Given their concept, Kopifellas need to appeal to the younger generation. And we all know how many trendy beverages have cropped up over the past years. As such, this feature is particularly beneficial for their business development team as any changes in the menu can be done within minutes instead of hours. Again, this can all be done without having to physically go down to the store.

Terry also wanted to reward his customers for their loyalty and support to the brand in the last five years since its launch in 2017, and Waffle could offer its CRM module that was easy for him to implement.

Showing your customers that they are valued is one of the ways for you to forge a relationship with them and have them come back for more. By having a loyalty program in place, you are able to collect customer data and reward them based on their tastes and preferences. Moreover, when you give them something to look forward to, you are keeping your customers engaged and happy.

For now, Kopifellas’ customers at the CIMB outlet can collect ‘coffee beans’ as their rewards. After collecting a certain amount, they can redeem a free drink at the outlet.

The point is — Kopifellas has the liberty to decide how to reward their customers by using Waffle. And with more customer data, they can provide personalized rewards to make them feel even more valued. For Terry, it is important for him to make sure his loyal customers have a good experience while patronizing his store. After all, who doesn't like a free thing or two? 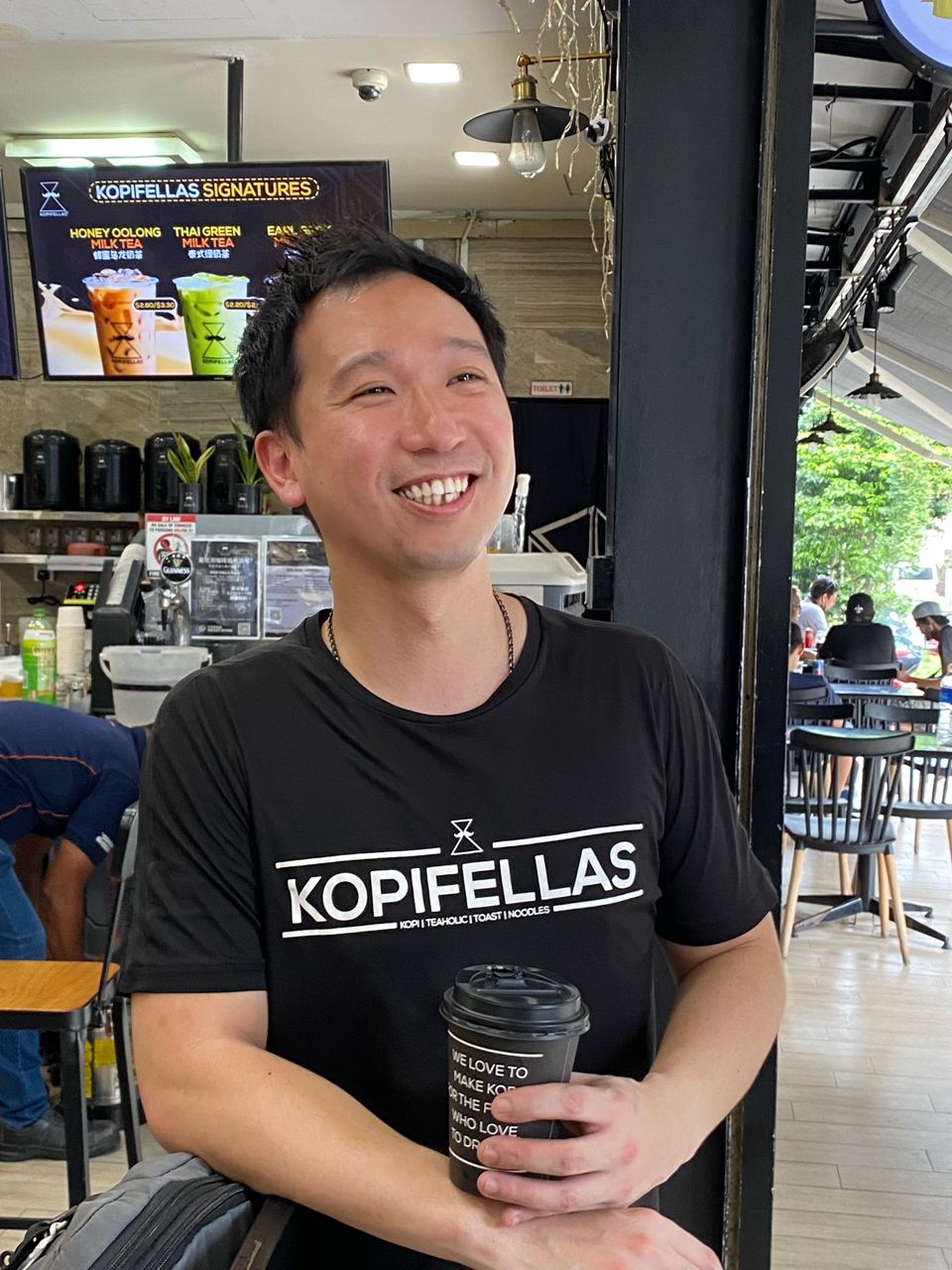 Before Waffle, Kopifellas was using different POS systems in different outlets, making it difficult to, say, change a menu item for all the branches in one go. Now that they’ve adopted Waffle, the cloud-based POS system integrates everything, making it more convenient for Terry and his management team to effect changes. Real-time reports are also available for them to track the progress of each outlet at any time and anywhere.

Even better, the integrated loyalty program, coupled with the intuitive and seamless interface, makes it easier for Terry to reward his customers. Having this all in one place gives him and his team wider access to customer data, which will allow him to serve his customers better in the long run!

Waffle has changed Kopifellas’ workflow for the better, from its loyalty rewards to menu management. And one thing’s for sure, Terry is definitely looking forward to the other features Waffle has to offer that can possibly make his business even more cohesive and efficient!

If you are wondering how Waffle can help you improve your business, schedule a session with us and we’ll be in contact with you shortly.

And if you are looking for a place to get some good quality Nanyang kopi or iced tea drinks, be sure to visit Kopifellas at their stores islandwide. We promise you, it’ll be worth your visit! 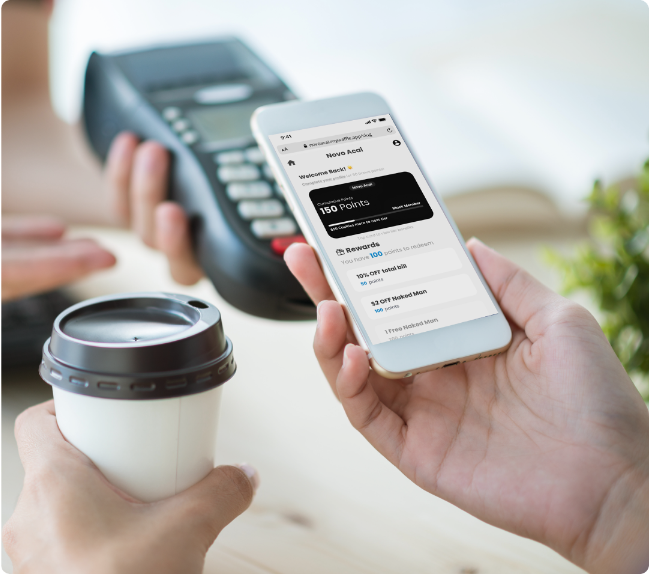 Schedule your free demo!
We'll reach out within 24 hours.